CATRIONA: THE QUEEN ON FIRE 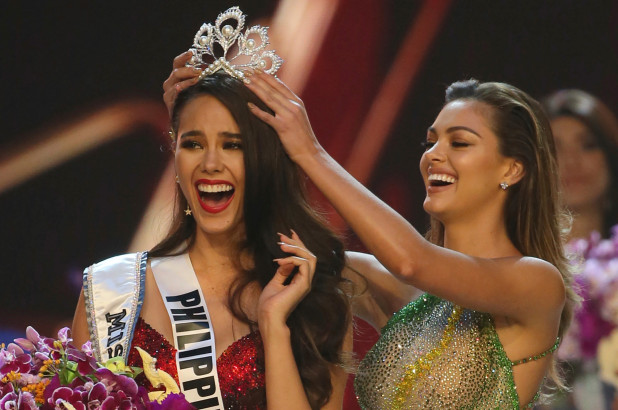 18 Dec CATRIONA: THE QUEEN ON FIRE

Posted at 09:13h in blog, International, news by Firestarters Production

By Kyle Robles and Jasmine Guy-Joco

The industrially designed – always harried, if not fiery and impassioned office of Firestarters Productions INC stopped dead on its tracks yesterday as they spent time to watch the much-talked about Miss Universe 2018 held in Bangkok, Thailand. There was breakfast, an early call-time for all, and this burning prayer of hope that Philippine representative, Catriona Gray, brings home the crown.

During the final round, Gray was asked, “What is the most important lesson you’ve learned and how will you apply it to your time as Miss Universe?” She answered: “I work a lot in the slums of Tondo, Manila and the life there is poor and very sad. And I’ve always taught to myself to look for the beauty of it and look in the beauty of the faces of children and to be grateful. And I will bring this aspect as a Miss Universe to see situations with a silver lining and to assess where I could give something, where I could provide something as spokesperson. And this I think if I can teach people to be grateful, we can have an amazing world where negativity could not grow and foster and children will have smile on their faces.”

Her heartfelt and sincere answer can be traced back 3 years ago when Catriona started to support an NGO called Young Focus Foundation, an organization that helps children and poor communities in Tondo, a district in Manila. Every year, Catriona makes sure that she visits the said NGO. Gray works hard to continue supporting the foundation through benefit concerts and social media movements.

She is not only an inspiration to the children of Tondo, Manila but a true role model to the Filipino people as well.   Along with this, she is a well-spoken advocate for social justice, inequality, HIV awareness, youth advocacy and other various causes—characteristics that every beauty queen must possess.

Little do people know that Gray’s journey to the crown started since she was a kid. Back in 1999, Catriona competed in Eat, Bulaga’s Little Miss Philippines that was held in Sydney.

This was followed in October 2016, when she participated and was crowned as the new Miss World Philippines. She received various awards during the competition. She made it to the final Top 5 in Miss World 2016 in the United States.

In Miss Universe 2018, Catriona Gray didn’t just make sure to win it by herself, she made sure to bring the Filipinos with her from her National Costume that embodied the culture of the Philippines, to her Ibong Adarna inspired evening gown during the preliminary competition down to her Mayon Volcano inspired Lava gown that matches her lava walk, oozing with confidence and pride to represent the Philippines. 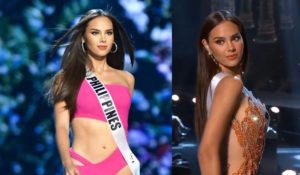 Catriona Elisa Magnayon Gray was born on January 6, 1994 in Cairns, Australia to a Scottish-born Australian father and Filipino mother. Back in Cairns, Gray attended Trinity Anglican School and Berklee College of Music in Boston where she obtained her Certificate in Music Theory. Her first single was titled, “We’re in this together”, in partnership with Young Focus Philippines. Catriona’s creativity can be traced from her talent which is being a skilled painter. She helps in the fundraising of her charity, the Paraiso Bright Beginnings Project, through her artworks.

Aside from this, she was also trained in martial arts in her youth. When she was 8 years old, she was trained in Choi Kwang Do and when she was 12, she earned her black belt. This may be the reason for her fierce and strong aura on stage.

Catriona Gray is the fourth Filipina to win the Miss Universe title following the success of Pia Wurtzbach in 2015. We were all so happy and proud to be Pinoys !!! It showed in our screams and shouties, jumps and tugs when Steve Harvey announced that the new Miss Universe is indeed Miss Philippines!

Like we all say at Firestarters, Catriona indeed “kindled her fire” in all of us Pinoys !!! That did not just mean her evening gown – but Catriona’s self-made fire that represented passion, determination, discipline and love.