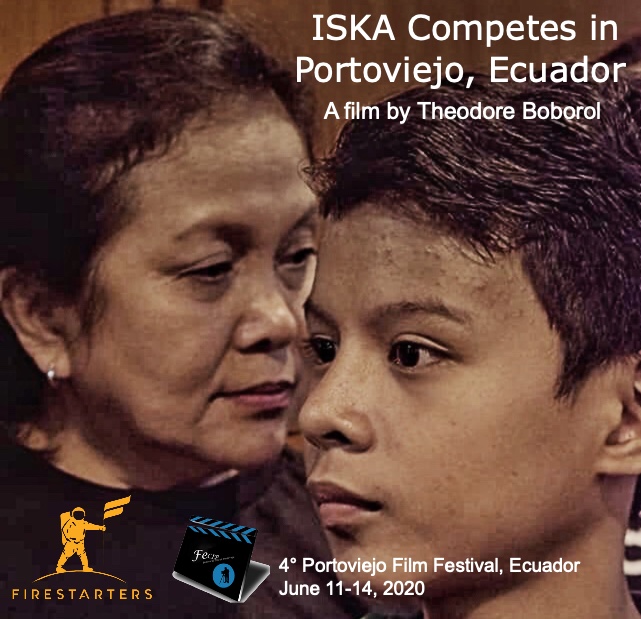 Posted at 11:03h in Films, Uncategorized by Firestarters Production

FIRESTARTERS’ award-winning film ISKA directed by Theodore Boborol continues to soar high in the film festival circuit as it competes in this year’s 4° Portoviejo Film Festival in Ecuador, which will run from June 11-14.

After winning three awards in Cinemalaya 2019–Best Actress, Best Sound and Best Script, and after being part of the Bengaluru International Film Festival, Iska is now competing in the International Fiction Feature Film section of the said festival along with other entries from Japan, Germany, USA, Argentina and Iran. Iska is the only entry from the Philippines that made it to this year’s iteration of the festival. Last year’s winner from the same category was Louie Ignacio’s School Service.

The local audiences were wowed by the performances of the lead actors Ruby Ruiz and Pryle Gura, will the film buffs from the seaside town of Portoviejo follow suit?

This is a developing story.