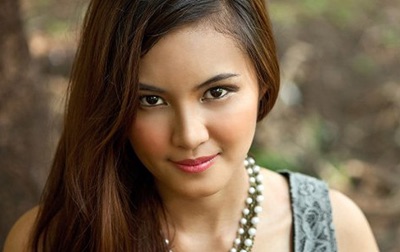 Posted at 04:21h in Uncategorized by Firestarters Production

Film, television actress and Starstruck batch 1 alumna Jade Lopez whooshes as a cunning helper in IMPOSTORA, whose intentions are still mysterious but definitely something we should all watch out for. Her vicious entrance in last Monday’s episode is both striking and yes, infuriating. Something that Kris Bernal’s Nympha, the show’s heroine, should feel frightened about. 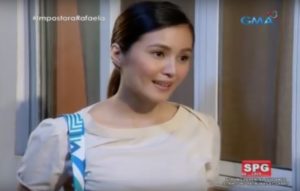 Apart from being an effective villainess since GMA 7’s primetime hit, ALYAS ROBINHOOD, Jade has had a string of remarkable performances as kontrabida in anthologies such as KARELASYON and WAGAS twinned by her heroine-looks that also proved worthy of such engaging roles in other shows like TADHANA and even in her talked-about sublime performance in the award-winning film, DIE BEAUTIFUL, where she played the wife of a gay man’s lover. Even Jade’s looks suggest ulterior motives and her eyes knows a lot of emotional scuffle.

Overall, her recent performances are evidences of her versatility, depth and potential as a prodigious character actress, following the ranks of Eula Valdez, Mylene Dizon and Princess Punzalan in the future. 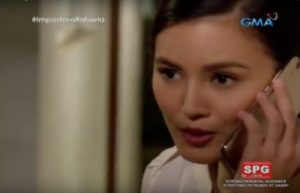 Jade Lopez dreams of becoming a bankable character actress and in our own estimation, this is a great time for her to be one. From a Starstruck alumna & teen idol to an FHM cover girl, Jade has matured into a fine, wonderful woman whose acting prowess is fierce, enthralling and noteworthy. There is definitely more to Jade and we are all eager audiences waiting for her to take that coveted Best Actress award sooner or later.