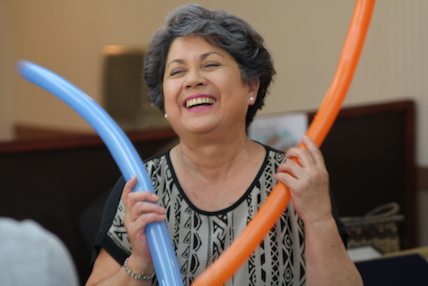 When we were kids, we tuned in every week to a TV show called “Chicks to Chicks”. The very title marks it as an artifact from the early days of women’s liberation, when attractive women were routinely referred to as young chickens. It was the martial law era, so any discussion of politics or unpleasant realities that did not fit the Marcos-approved image of the New Society was suppressed. Sex, however, was all over TV and the movies. “Chicks to Chicks” starred Nova Villa and Freddie Webb as a feisty housewife and her hunky husband who ran a modeling agency. Inexplicably, the models (Carmi Martin, the late Maria Teresa Carlson) lived in their house and went around in their underwear. Each week the wife would suspect her husband of cheating on her, but everything would turn out to be her lecherous brother Chito Arceo’s fault, and the couple would make up and take a shower together. This show ran throughout our childhood.

To those of us who survived the era of flared pants and curfew, the main attraction of 1st Ko Si 3rd by Real Florido is nostalgia. The film stars Nova Villa as Corazon, a woman who has just retired from her government job and has to adjust to having too much time on her hands. Her stolid husband (Dante Rivero) points out that they don’t have many years left.

Time is the villain of this piece, as the frequently recurring image of the clock tells us. Corazon’s days pass in cleaning house, falling asleep in front of the TV, and listening to her husband go on and on about how just because a thing is old you don’t throw it away. He’s talking about their car, but we know what he means, we got it the first ten times. Her friends drop by the house and reiterate the theme. This would be tiresome if Nova Villa weren’t so watchable. Her face, so open and familiar, is like a time machine. (Our friend the cranky French critic remarked that she reminds him of Giulietta Massina, star of La Strada and many of her husband Federico Fellini’s films.)

Then Third (Freddie Webb), her first love who had migrated to the US fifty years earlier, comes to town for a visit. This throws Corazon into a crisis, because she’s never gotten over him. Another actress might’ve resorted to mugging, pratfalls, cute tricks. Nova Villa is the master of those comic devices; here she and her director give us something else. Not only can we read each emotion as it passes across her face – giddiness, self-reproach, embarrassment, guilt, fear – but she seems to go from teenager to adult to senior in the space of a minute.

In sepia flashbacks, we see how Corazon and Third met and separated. The scenes set in the 60s, with younger counterparts who do not resemble them in the slightest, are charming, even if the relationship is ended by the most trivial non-reason. (And they never looked each other up in 50 years?) Nostalgia isn’t just the hook of this movie, but the subject itself. We think of nostalgia as a wistful, affectionate longing for the past, but the word means “the pain of going home”. Corazon discovers what happens when fantasy is exposed to the harsh air of reality. Her great romance might not be what she thought it was, or maybe there is no such thing as a great romance. Sometimes people are together because there’s no one left, she tells her friend. Is that the worst that could happen?

At 109 minutes the movie is twice as long as it should be, but watching Nova Villa is a joy.