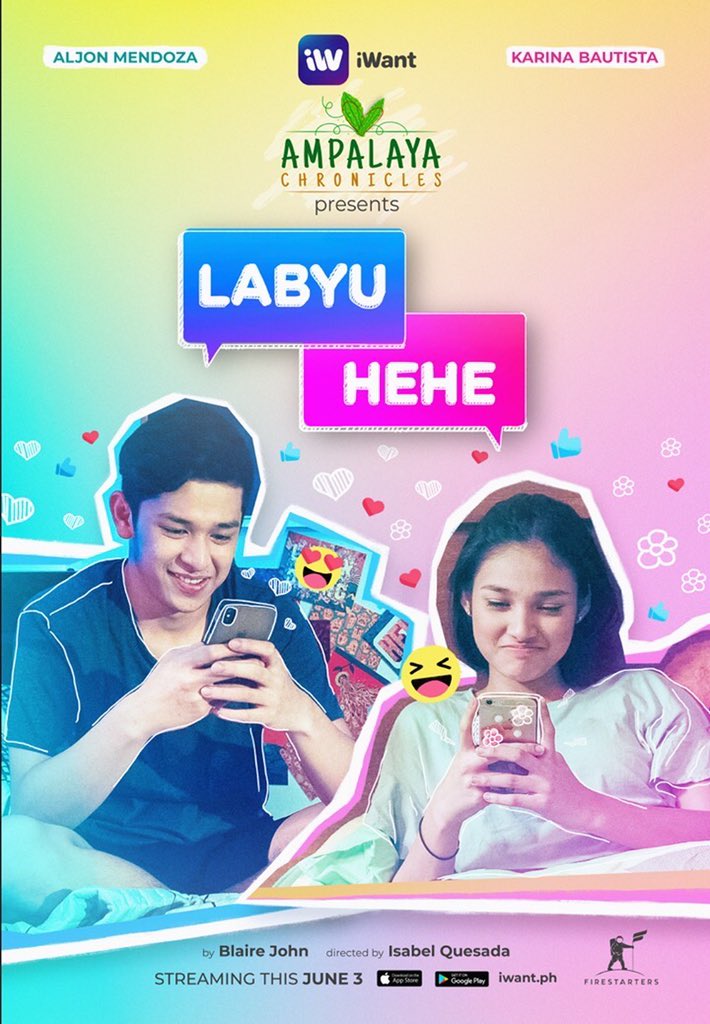 31 May Karina & Aljon: Labyu Hehe Behind The Scene

Posted at 14:31h in Films, Uncategorized by Firestarters Production

KARJON – the new Kapamilya love team of Karina Bautista and Aljon Mendoza, both alumni of Pinoy Big Brother, continues to soar in their first lead roles in “Labyu Hehe,” the second episode of the iWant original anthology, “Ampalaya Chronicles” produced by Firestarters Productions.

“Labyu Hehe” is a story of two best friends whose friendship will turn into a bubbling romance for each other, thus making it even more complicated and yes, bitter.

Aljon, on the other hand, whose role had to do spoken word performance, was quite challenged. The young actor admitted that it was not easy because public speaking was not his cup of tea. He said he took his workshops seriously and watched a number of spoken word performances on Youtube. “Sobrang impress ako sa kanilang dalawa. Simula pa lang sa workshop hanggang sa set talagang nandun na yung chemistry,” Labyu Hehe Director Isabel Quesada commented during the presscon.

Firestarters creative and production team made sure that the two will be very ready for their first starring roles. “I saw them in PBB and recently, nakita ko din sila in some of the shows in ABS-CBN. I thought, bagay na bagay sina Karina and Aljon sa roles of young and innocent love. So when we pitched them in as the lead stars, our executives from iWant gave their blessings. But since this is going to be their first project to star in, we really need to prep them up. From voice to spoken word, me and Mark Ghosn guided Aljon. And for the acting workshop we worked with no less than, Angeli Bayani,” show runner and creator Real Florido said when asked about how they were able to cast the young kapamilya love team.

Also in the said presscon were 90s actors Wowie De Guzman (who plays Karina’s father) and Michael Flores (who plays Aljon’s father) both of whom are loveteam veterans. When asked about what advice they can give Karjon at this early stage of their tandem. Wowie openly said that he saw the passion in Karina and that she has great potential. Michael jokingly said that it is normal to develop feelings for each other being a loveteam but he adviced to just go with the journey because it is part of the process

This original Anthology is inspired by Mark Ghosn’s Ampalaya Monologues.