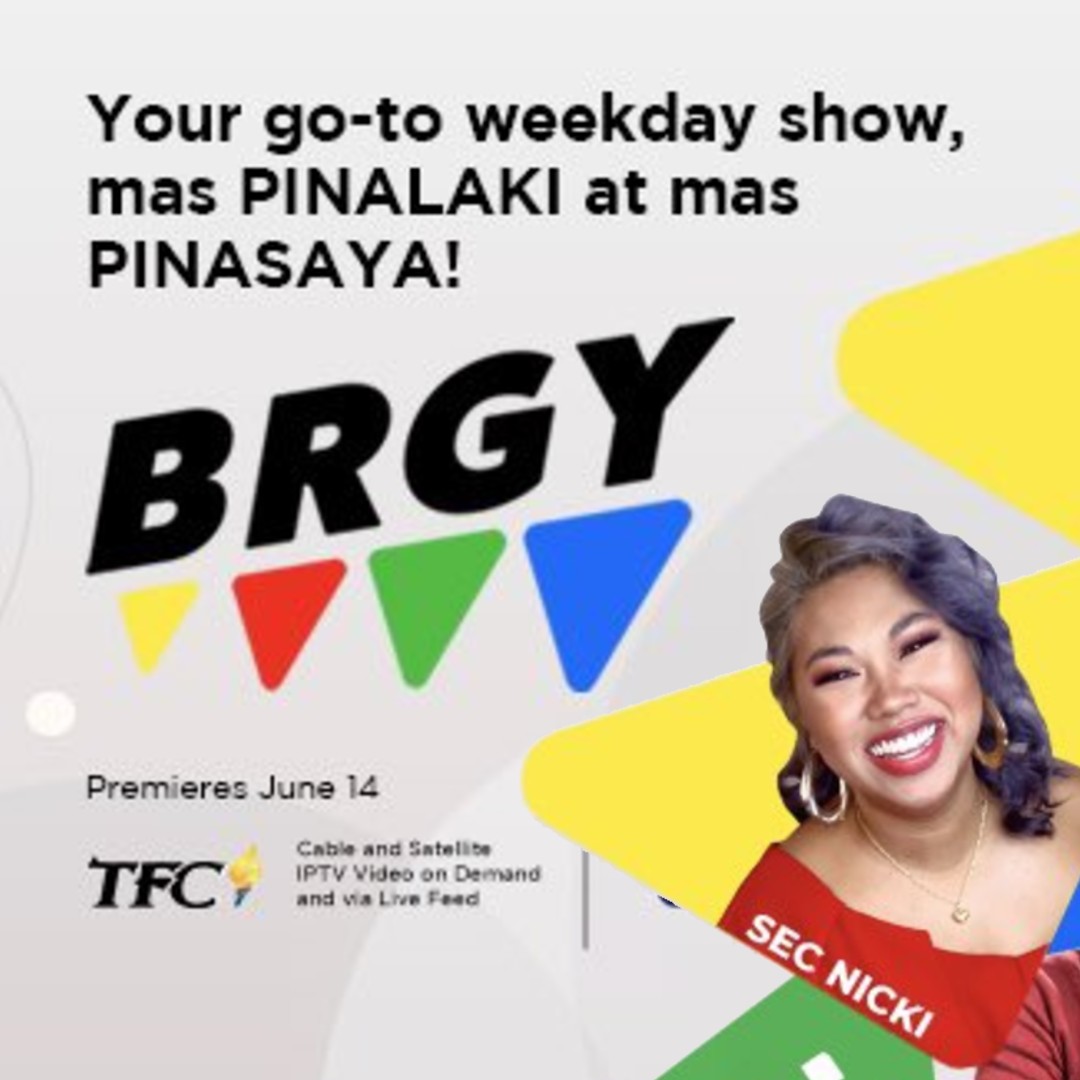 Posted at 11:20h in Uncategorized by Firestarters Production

Actress and DJ Nicki Morena is happy and proud to be a part of iWANT – TFC US’s newest interactive show BRGY: The Global Barangay where various guests and Kapamilya celebrities from all over the world virtually says hello to the world for a quick chat that gets bigger by the minute.  BRGY premiered last Monday, June 14, and it showcased Pinoy Pride as it talked about the excellent Pinoys who gave honor and pride to our country.  Via Kagaworld, correspondent Ginger Conejero took us all in her new life in San Francisco as netizens celebrated being a Filipino all around the world along Kapamilya celebrity Edward Barber post-celebrating Araw ng Kalayaan to pilot the show.

Along the way, expressing your true Filipino colors on the second episode of BRGY was the topic that poured in many talks and views.  It talked about Pinoys who were  raised in different parts of the world as Nicki Morena talked with Isabel Kanaan and her daily routine in Toronto and we were all treated to a holler with Darren.

As one of the most celebrated radio jocks at MOR 101.9 For Life! Nicki Morena is more than grateful to host an interactive show that showcase international territories and reaches out to many Kapamilyas both in the Philippines and abroad.  “Super excited talaga ako.  Tsaka, I know I am made for this!  Pang-global talaga ang beauty ko!”  Before Nicki Morena became a DJ and an actress, she was the Grand Champ of It’s Showtime’s Kalokalike where she impersonated international superstar Nicki Minaj.  The rest is history for the young, perky and funny girl from Borongan City, Samar because she ventured into acting as well and appeared in many TV shows. She was recently casted in iWANT’s Ampalaya Chronicles: Me and Mrs Cruz.