Philippines’ giant TV network ABS-CBN, through its digital platform iWant collaborated with Firestarters Productions to create an original content for its online platform dubbed as AMPALAYA CHRONICLES. This is a TV series adaptation of the renowned spoken word pieces and performances, the Ampalaya Monologues by Mark Ghosn. The monologues are adapted for digital series by Real Florido, Firestarters Chief Creative Officer. 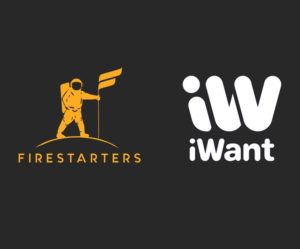 Filmed during the height of the pandemic, this is a story about Mrs. Cruz, a beautiful widow and Caloy, the flower delivery boy and her accidental lover. What starts as friendship unfurls slowly into a blossoming attraction and understanding of each others’ pain. Caloy eventually discovers that Mrs.Cruz is a widow grieving for her late husband. Caloy, the willing knight in shining armor makes it his mission to take Mrs. Cruz out of the shadows of sadness. With Caloy’s persistence and lightness he is able to put a smile on Mrs. Cruz’ face, and heart.