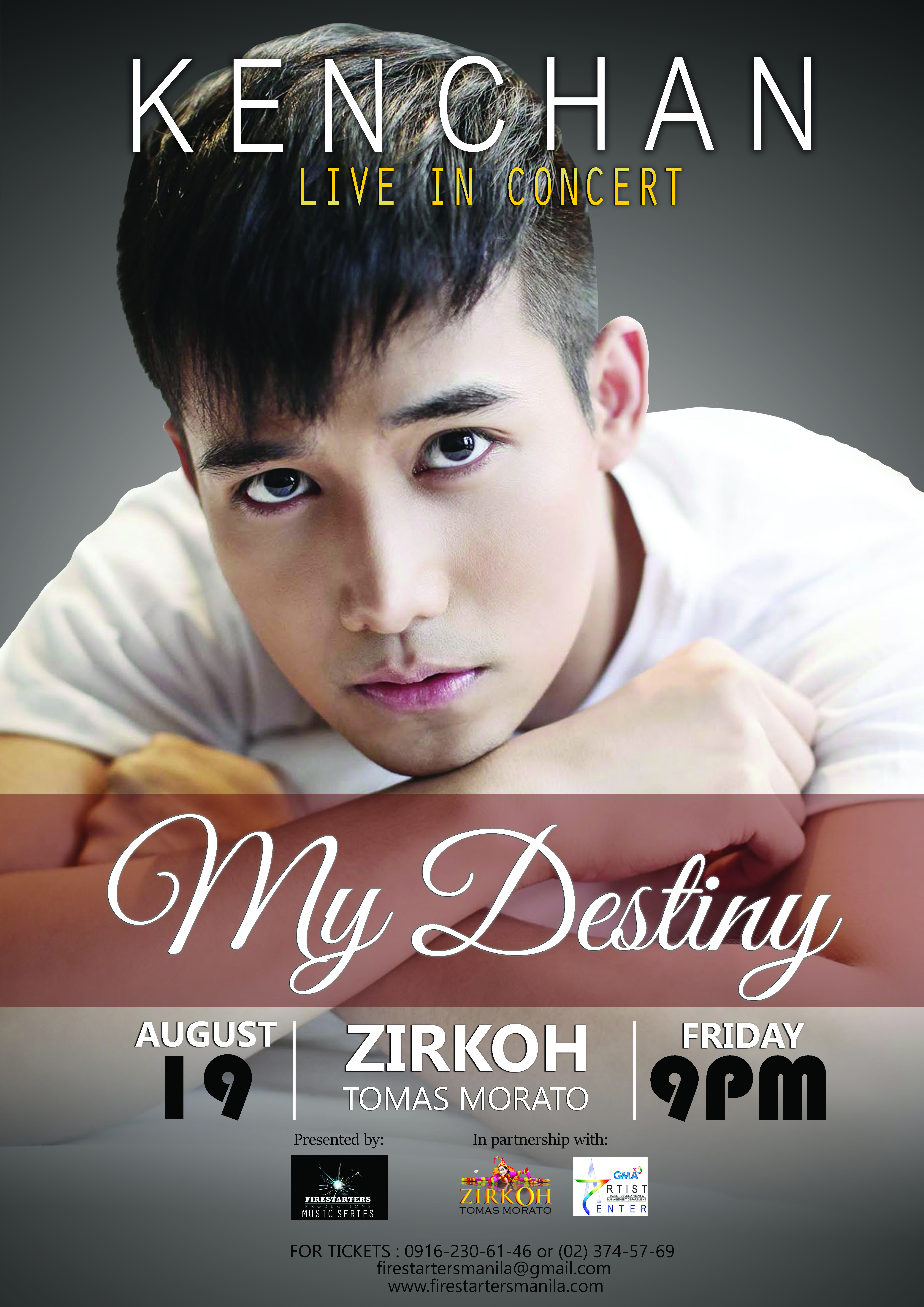 RIGHT THINGS HAPPEN IN GOD’S PERFECT TIME. This is how GMA lead actor Ken Chan described how he feels about having his first ever solo concert called MY DESTINY: KEN CHAN LIVE IN CONCERT happening this August 19, Friday at Zirkoh. This concert is set to showcase more than his acting chops Ken is also a certified crooner who can surely sweep away people’s hearts. Pegged as the musical event that will showcase his “different sides”, Ken is not just enthused in giving his fans and friends something different but he is also excited that this concert will be a reunion project with film and television director, Real Florido, his director in Cinemalaya’s 1st Ko Si 3rd.

Ken is now busily rehearsing for his concert. He admits that there are a lot of challenges and probably more along the way – barely two weeks before crunch time – because his repertoire alone is something hard-winning and out of his comfort zone but he is committed to endure because come show time, it’ll be worth the wait. One must realize that there is more to Ken than being a good actor, a handsome face and a bankable (international) product endorser. And this concert will prove it!

His friends from showbizness will also be there to make this dream come true. In fact, many of them will be on stage with him like 80s music icon, Manilyn Reynes, his co- lead stars in the much-loved and widely watched afternoon soap “Destiny Rose” Jeric Gonzales and Fabio Ide, comedians Divine and Tammy Brown and his good friend, singer-actor RJ Agustin – all in full force to show their support for Ken.

Indeed it is a dream come true because even before Ken wanted to become an actor, he was already a singer at heart. Given the fact that he has the vocal talent to be a “great one” someday, Ken Chan, having his solo concert soon, comes even closer to his destiny.

MY DESTINY: KEN CHAN LIVE IN CONCERT is presented by Firestarters Manila Productions Co. and made possible by Unisilver and The Skin Specialist together with GMA Artist Center, Andy’s Famous Batangas Lomi & Bulalo and Zirkoh Tomas Morato.