Witness the birth of Christianity in the world’s third-largest Catholic nation in this original documentary presented by Radyo Veritas 846, Radio Veritas Asia, and Firestarters Productions, PILGRIM: 500 Years of Catholic Faith in the Philippines. This docudrama will become part of the closing ceremonies of the quincentenary celebration of Christianity in the Philippines and its significance in shaping the nation that we are today. 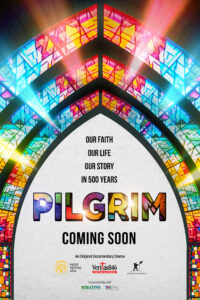