The commercial features kids who are utterly excited for the last day of school as they look forward to go home and enjoy their vacation, ergo “Uwian Na” is the repeated line in the catchy and bubbly song written by the commercial’s director, Real Florido with music by Kiko Salazar. The video shows the safe environment where kids can be just kids–playing all day long, running around and getting their dose of pool time during summer break. 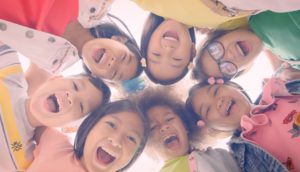 Diversity and equality are also two of the main themes of the project as the commercial shows modern day Filipino families–a Filipina architect coming home from abroad and a same sex couple reuniting together with their respective kid. This is a strong message from the brand to raise the banner of inclusivity as they stand to welcome and celebrate all kinds of family in the homes that Suntrust Properties build. 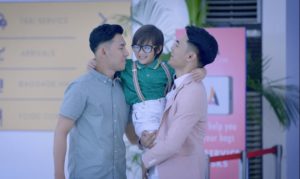 Influencer Marketing contributed greatly in making sure the digital content reached the right audience. Facebook has made it difficult to reach audience with its streamlined algorithm but with the apt strategy “Uwi Ka Na” proved to be a shareable and engaging content. In just a small amount of time and budget, Firestarters was able to tap social media influencers with a whopping 3.5 Million reach. Add that to Suntrust’s own page with a record of 2.86 Million reach, the campaign has clocked in a total of  6 Million Reach. 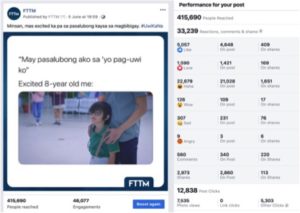