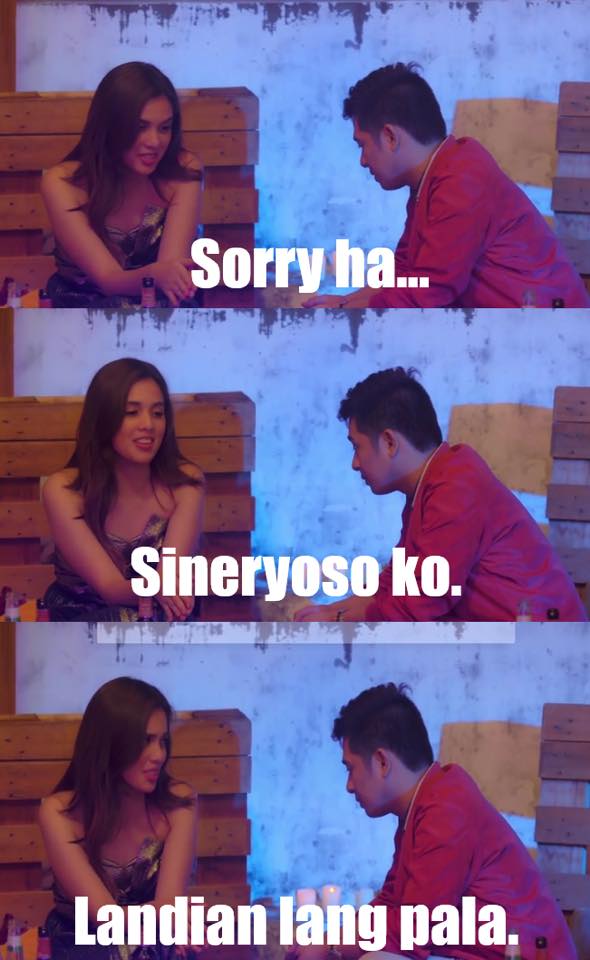 There have always been songs that tell about pains of being left, cheated or led on but very seldom were there music that talk about the other side, the innocent side of the one that didn’t expect to be loved.

This is the story of singer/actor RJ Agustin’s new single “Seryoso na pala” which he sang live on Inquirer ShowbizLive during his April 18 guesting.

An original composition by Kiko Salazar, the track is a fitting theme to those who are trapped in an unlabeled yes-but-no relationship. Its words hit through the core of being in shock upon knowing someone has unexpectedly fell for a friend when unfortunately, the other does not exactly feel the same. And as many live viewers said, it’s a total “relate!”

Agustin also confessed to have personally experienced what his song speaks about. He has once been trapped in a situation of contemplating whether to straightly ask the real deal or to just shut up.

But on the flip side, the song consoles more those who feel sinking pressures when the answer to their question gets real.