Posted at 05:35h in Uncategorized by Firestarters Production

It is a remarkable day for singer, recording artist and actor RJ Agustin. Today, January 24, 2018, he signs an exclusive contract as one of the artists who will be managed by Star Music Philippines (formerly Star Records) under ABS-CBN. This year, the record label is starting to manage its own artists.

RJ Agustin began singing at a young age but initially pursued acting in films and television because as he claims, “Nasa dugo ko talaga ang pagiging artist” as he is also the son of 80s director Arturo “Boy” San Agustin who directed Robin Padilla and FPJ back in the days. RJ appeared in films like the award-winning Cinemalaya film 1st Ko Si 3rd and in the 2016 MMFF film Kabisera where he played Nora Aunor’s son. BUT singing is something that he truly loves doing. More than a hobby, singing for RJ is a passion. He began singing in bars, gigs and corporate events – whatever lands in his hands that requires his singing prowess. 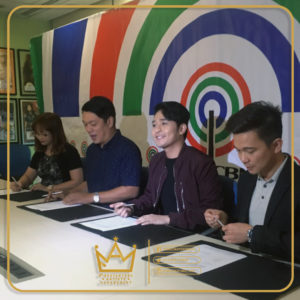 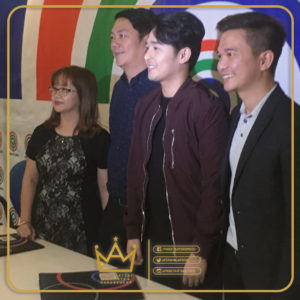 This is why RJ was overjoyed when Star Music head Roxy Liquigan and Jonathan Manalo met with him and made him a part of their recording label. “Narinig ko si RJ sa isang show sa MOR, sabi ko, sino yan? Kunin natin siya,” Roxy Liquigan proclaimed.

RJ Agustin is managed by FAM or Firestarters Artists Management.