The Power of 5: Firestarters’ Celebration of Creativity

27 Jun The Power of 5: Firestarters’ Celebration of Creativity

Firestarters celebrated its 5th year last June 8, 2019 with the inauguration of the south wing section of the company’s posh headquarters in Timog, Quezon City. 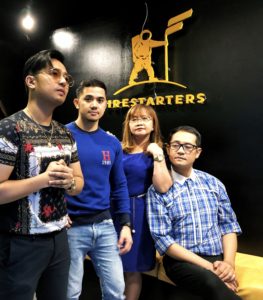 To start up the celebration, Firestarters sponsored a thanksgiving mass inside the premises of its office followed by the blessing of the newly refurbished and combined north and south wing of the HQ. The morning’s ceremony was joined by season actress and comedian Nova Villa, film and TV director Theodore Boborol, the cast of the company’s upcoming film ISKA together with the staff members and the whole Firestarters Family.

“We are really thankful for all the blessings we have been receiving in the past 5 years. And what better way to celebrate than to spend a day of gratefulness together with the people whom we have worked with, our colleagues, friends and families. They are the people who ushered us to reach this far,” said RJ Agustin, Firestaraters CEO and President.

The whole day celebration continued with food and drinks as friend, colleagues and clients from the industry continuously filled in the HQ. Kapuso Actor Tom Rodriguez, comedian Divine, actress Jade Lopez, film producer and owner of T-Rex Films Rex Tiri were seen celebrating with the top honchos of the company. 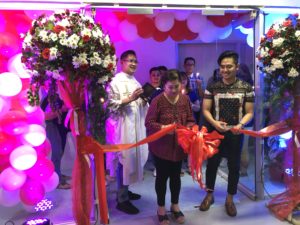 “5 years, I’d say is quite a journey for the team. I always ask myself why do I have to be here. I could have chosen to just stay working as a TV creative and director. But I chose otherwise. Thanks to GMA7 for letting me discover a huge amount of access to the ins and outs of the industry. All the things I’ve learned from my mentors and colleagues from the network ushered me to be in this journey—a journey that is now running for 5 years.

As the inevitable growth happens, we can only hope for greater things not just for the company but for the industry and the people who we serve. We are grateful to meet and collaborate with equally talented and visionary people— our staff members, clients, production crew, creative team, film producers & directors, cinematographers, crew, suppliers, industry friends and business partners. A lot of you guys have now become our good friends.

Thank you people for making our fire grow bigger and glow brighter! 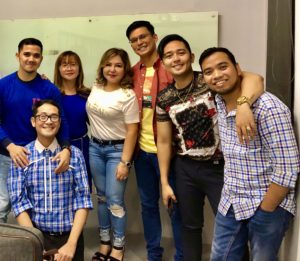 In the course of just 5 years, Firestarters was able to garner a score of recognition, both local and international through its projects in film production, advertising, digital marketing and unique brand activation through its “creative X production” services. Most notably, the company received Nicholas Hall Awards for Asia Pacific for two consecutive years of relaunching and handling the creative, digital and on-ground campaigns for eye drop product Eye Mo. 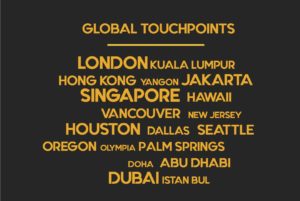 As it goes on steady stream of growth, Firestarters is continuously reaching far and beyond the Philippine soil. Its products and services have already reached the neighbouring Southeast Asia, Europe and the Americas. Wolff Olins London, Combiphar Indonesia, Toyota and P&G Southeast Asia are just some of the global agencies and corporations Firestarters were able to impress and collaborate in the recent years.

The coming years are nothing short of exciting times for the team as Firestarters embarks on big-ticket projects such as full-length feature productions, creating and producing TV series for digital platforms and launching a digital channel and app are on the pipeline as well.

“There are a lot of great things waiting ahead. This is truly exciting times to be one with the creative industry. We believe Filipinos are really talented and we have proven that time and again. It’s just a matter of identifying doors of opportunities and opening that up for them. This is something that Firestarters as a creative company has committed to do for the industry and its people,” RJ Agustin remarked.

Firstarterts Productions is an award-winning multi-media company dubbed as Creative X Productions. It has been given accolades for its projects from organizations in London, Toronto and Singapore.